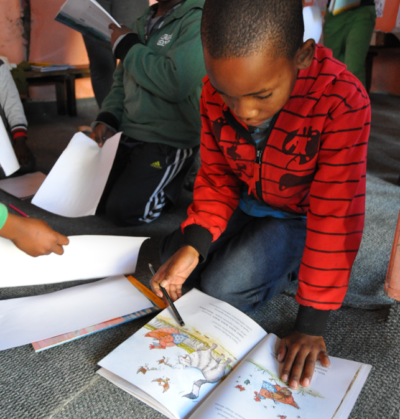 Many parents find the debates about mother-tongue instruction very confusing. All they want to know is “what is best for my child”? Is it better to introduce English sooner or later? Will my child get mixed up if she learns more than one language at the same time? Is it best to send her to an English-medium or mother-tongue preschool?

Unfortunately, language debates tend to be dogmatised by advocates of one or other ‘big idea’. Thus, introducing a second language to children at a young age is regarded as either a ‘good’ or a ‘bad’ thing. This polarised thinking is not surprising, because language is so powerful. Words reflect one’s identity and are a potent means of persuasion. Complex issues are reduced to simplistic soundbites by smoothing over life’s contradictions. Then, once the abridged version is suitably packaged, it is often labelled in moral terms – ‘good’ or ‘bad’ for you. As if issues were so clear-cut! So, how do we make sense of mother-tongue debates in emotive and ideologically contested spaces?

One perspective is to focus on the dynamics of the brain, drawing on biology to demonstrate the value of mother-tongue story-telling and reading. When a parent reads to a child, different cells of the brain are stimulated at the same time – sensory, emotional, language, cognitive and even motor neurons. This stimulation integrates nerve cells into virtual circuits that get stronger every time the child hears a story. The sense of security, love and happiness she feels in her mother or father’s arms causes the brain to release happy neurotransmitters that motivate curiosity and a desire to learn.

These circuits are the basis for critical thinking, imagination and empathy. They enable subsequent information to be framed and analysed in order to understand and respond to the world. They create familiar patterns – cognitive shortcuts based on word prompts – that speed up information processing, with ease and comfort.

In other words, word patterns become the blueprint of who we are and how we think. Identity and intellect fuse together in the workings of our brain, which is most receptive to stimulation in the first few years of life. Children thus learn better when they are taught in the language which has shaped and primed their brains – which their mother or caregiver knows best. They become immersed in the meaning, emotions and logic of this language.

Of course, our identities change over the course of life as neural circuits adapt to new stimuli. Once people achieve a high level of second-language proficiency, they may even switch to a new primary identity in which they think and talk most freely in their ‘adopted mother-tongue’. Some people are equally conversant in multiple languages, and may switch from one to the other in a single sentence. This ability to ‘code-switch’ signals mastery, and not deficit of language. Imagine these free-wheeling polyglots not as coconuts, but as vivid swirls of colour on an art palette.

Yes, a child can learn a second or third language early on. However, their ability to truly master it depends on the intensity of exposure and the proficiency of their parent or teacher. It can only become their logical language of learning if they get so good at the new language that it rewires the neural circuitry that defines their very identity.

What does this mean for children in South Africa today? Most fundamentally, they must first learn to swim in words spoken and written in the language of the person who cares for them most. This requires a new tidal wave of African-languages stories to sweep into the millions of homes that are still without books.

Arguably, sooner or later children in South Africa will need to learn English. But here’s the rub: sudden transitions to English as their language of instruction can be very damaging, especially if it happens before they can read and speak it well. This disruption can trigger an identity crisis – a ‘brain-shock’ from which children may never recover. Many eventually drop out of school – because they no longer know who they are and have not mastered the basic conceptual tools of learning.

In his book, Descartes’ Error, the neurologist Antonio Damasio points out that we think with our head and heart and gut, because these organs are connected to each other through nerve cells. These connections confer a visceral instinct to what is typically regarded as rational thought.

If we are to inculcate in children a love of books and an intuition to learn, we must tap into the most primal connections that make them who they are: the deep bonds between mother and child, and the profound links between the emotional, sensory and cognitive domains of the brain that form in the first few years of life.

This article was first published in the New Age on 21 April and the City Press on 23 April 2017.